What are Russian tanks so bad? You can read about it here. Recently, China has patented a new war machine claimed to have been locally developed.

Engineer Leonard analyses China’s new invention – the amazing military flying tuk tuk. The PLA boasted that the flying tuk tuk runs on ordinary lead-free petrol with 6-8 hours flight time on a full tank and has a maximum speed of 200km/h. Its production cost is also very low at only 300,000 RMB. It only needs a 20m long runway and can be folded when not in use, occupying as much space as three-wheeled motorbike with sidecar.

Though the range is not great, it’s more than enough to reach Taiwan. Most notable capability of the flying tuk tuk is that it can be armed with four anti-tank rockets which are able to engage targets 8km away from an altitude of 2,000m. If it misses, the error is less than 1m. It has been dubbed the tank-killer and even the US Army’s M1 would flee in fear.

It also has an advanced safety measure, enabling the vehicle to glide safely to the ground if its engines fail. It is also a silent vehicle and may arrive at the area of operation undetected.

Like a lot of propaganda, the bullshit surrounding this new invention can be busted with just a little research. But then, it’s never China’s strategy or intention to win using advanced tactics or technology. It’s all about numbers. With sufficient numbers, it doesn’t matter how many are sacrificed. The surviving numbers may do the job.

As an aside, I have ridden on the three-wheeled German BMW motorbike with sidecar when I was in Xinjiang. It was a taxi. I was the pillion and two tiny French nurses were squeezed in the sidecar. 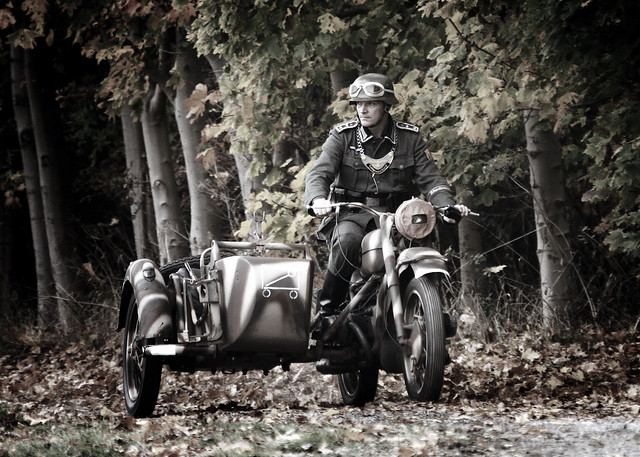