Some 12 years ago when I was working at Lucky Plaza, my landlord put up a signboard bearing a red cross to indicate where the medical centre was. They were immediately asked to take it down. The reason given was that people may mistake the medical centre as one run by the Red Cross! So typically Singaporean. 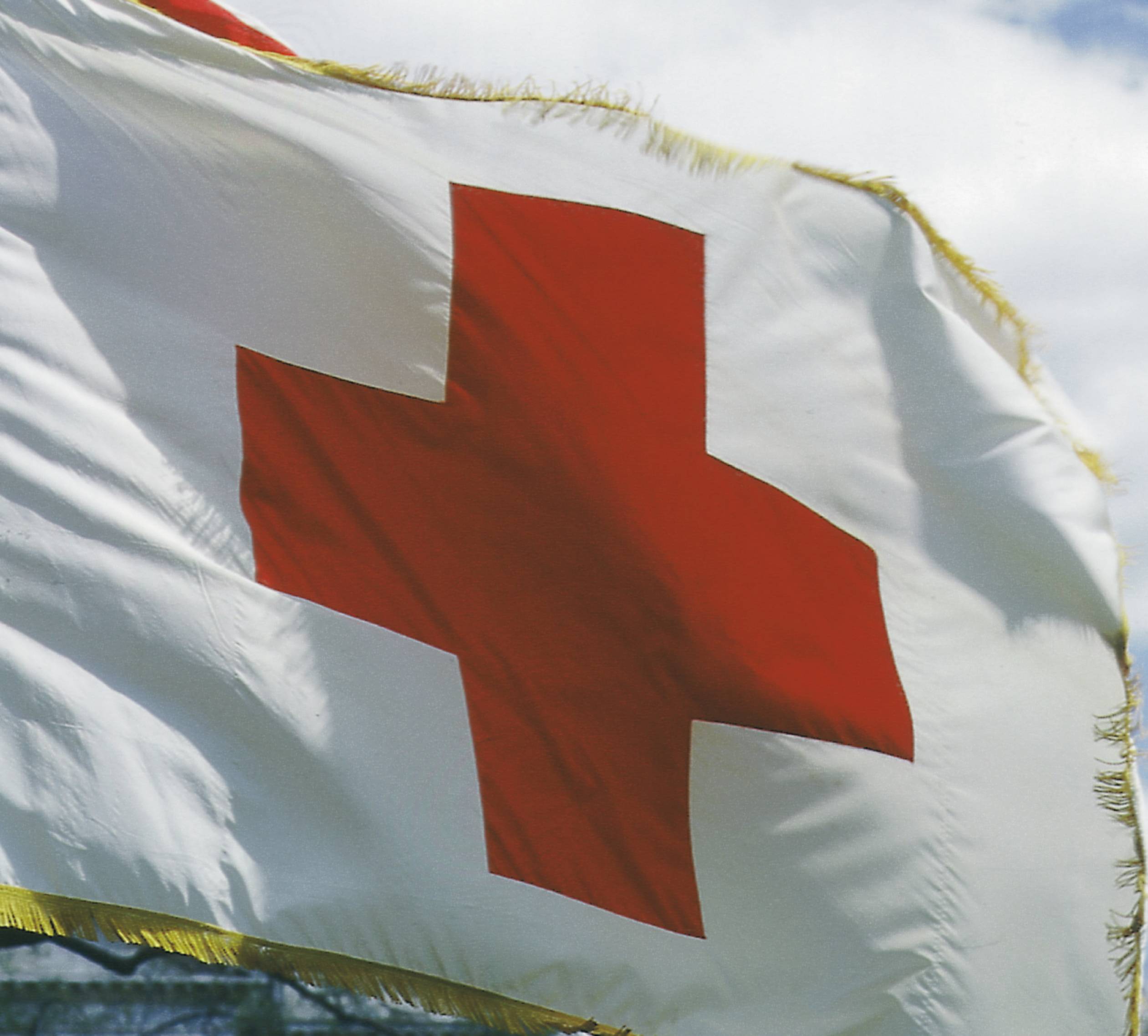 It dawned on me that only the Red Cross has the right to use the red cross and they’re probably afraid that their reputation may be tarnished if the sign can be used by just anybody. Interestingly, some 10 years ago, China’s internet star Guo Mei Mei (not to be confused with Singaporean singer Jocie Kwok) associated herself with the Red Cross in China, claiming to be the organisation’s general manager. Her original profile on Weibo said that she was an “actor”. It was verified that she did attend Beijing Film Academy.

Coming from a single-parent family (and picking her mother’s surname), Guo was born in Yiyang, Hunan in 1991. Guo Mei Mei’s father was imprisoned for fraud when she was still a baby. Her mother’s sister had also been incarcerated for pimping and an uncle of hers has been executed for drug offences. Her mother was later revealed to have operated shady massage parlours in Shenzhen but claimed during TV interviews that she made her fortune from trading stocks. Madam Guo also claimed that Miss Guo grew up surrounded by opulence and was thus unaware of the negative reactions from flaunting her wealth on social media. Ironically, the reactions were far from negative Most shallow and dishonest influencers have that defining moment when they fall from grace.

From a young age of 20 (circa 2010), Guo Mei Mei (real name: Guo Meiling 郭美玲) shot to fame on the internet when she flaunted her wealth and fabricated a distinguished family background on social media, making no mention of her mother’s shady business.

Like many female “lifestyle bloggers”, she drew numerous fans but also irked some netizens by bragging about her “noble” background, the elite schools she attended and showing off her Lamborghini, Maserati, luxury bags and designer clothes. She even called herself “princess”. While some of her detractors were probably just jealous, others raised questions about Guo Mei Mei’s source of wealth. They also raised concerns that Red Cross donations might have been misused. The more netizens chided her for her outrageous behaviour on social media, the more attention she drew, especially when she appeared to have deliberately flashed her undies at one event to go viral. Like ants to honey, advertisers and fledgling entertainment companies flocked to her.

At the same time, donations to the Red Cross quickly plummeted, prompting the organisation to publicly declare that Guo Mei Mei was no employee of theirs. In response, Guo Mei Mei clarified that she didn’t work for the Red Cross Society but a company with a similar name. Regardless, the damage to the Red Cross’ Society’s reputation had already been done. Another victim of Guo’s flamboyant publicity was Hong Kong singer Jocie Kwok whose real name is Guo Mei Mei. Fans mistook her for China’s Guo Mei Mei and boycotted her. The real Guo Mei Mei was so devastated by the mistaken identity that it almost ruined her career with many of her gigs cancelled because of boycott and condemnation.

This being the age of the citizen journalist, China Guo Mei Mei’s former schools were soon identified. Amateur investigators uncovered that not only did she not attend elite schools, she often played truant and didn’t even turn up for her examinations. A former teacher testified that she was mediocre, timid and often bullied.

Worse, a highly resourceful netizen found out that the Shenzhen-registered yellow Lamborghini Guo Mei Mei was photographed in belonged to a man by the name of Wang Jun 王军, Deputy Minister of Finance and also the Chairman of China’s Red Cross Society! So she was associated with the Red Cross after all.

Guo Mei Mei quickly did some damage control. Her wealth had nothing to do with the Red Cross. She explained that Wang Jun was a friend who told her that he would give her a managerial post after investing in a company associated with the Red Cross. That’s what gave her the idea of impersonating the Red Cross’ general manager. She swore that she did not spend a single cent of public funds.

The New York Times reported in July 2011 that real estate developer Wang Jun had already left the China Red Cross Bo’ai Asset Management Ltd. Corp., a for-profit company that coordinated activities for the Red Cross. Wang Jun was a shareholder in this company. He was said to have withdrawn 10 million yuan from this company in the wake of the Lamborghini scandal. However, the lack of information on the company fueled further speculation about how Red Cross funds were managed.

Like many female “lifestyle bloggers”, Guo Mei Mei also flaunted her “beauty” and her figure. Many netizens suspected that her pictures have been cleverly photoshopped, but it was soon revealed that she had spent a bomb on plastic surgery after an employee at her plastic surgeon’s office leaked her photos taken before and after surgery.

When Guo Mei Mei finally appeared in public and was photographed by reporters, the rather unflattering pictures confirmed that the pictures she showed online were all heavily edited and she was going all out to fool everyone. Undeterred, she announced her intention to enter the entertainment industry. Her detractors investigated and revealed that no film or recording company would pay her to perform. Below is her self-funded MV.

Yes, it’s harder to fool people with videos than with photos. And with a voice like that, it’s no wonder that nobody in the entertainment industry would finance her. Apart from this, China Guo Mei Mei also shot an audacious self-promoting documentary entitled “I’m Guo Mei Mei” in which she unabashedly opined that there is no such thing as bad publicity. But to any astute netizen, Guo’s rise to fame/infamy was carefully planned and orchestrated. An average girl like Guo Mei Mei couldn’t have been able to earn so much as a blogger and have the means to engineer this whole scheme. Who could the person behind all this be?

After the white hot scandals of 2011 cooled down, Guo Mei Mei was suddenly arrested in July 2014, not for impersonating a Red Cross employee but on charges of operating a gambling racket. So what’s the source of her staggering income? She admitted to prostituting herself, but then again, netizens (who are too familiar with televised “confessions” of accused persons) doubted it and suspected that she could be shielding her illustrious sugar daddy.

Then, news broke around 10 pm on July 25 2014 that Wang Jun was taken away by the Beijing Dongcheng District Public Security Bureau. Nobody doubted that it had something to do with Guo Mei Mei.

Since 2011, when the ownership of the Lamborghini was revealed, netizens had come to the conclusion that Wang Jun was Guo Mei Mei’s sugar daddy. Very little was heard from Wang Jun after he was taken away. Guo Mei Mei, however, was convicted of operating a casino and jailed for 5 years.

Who is Wang Jun? Netizens did not stop probing, suspecting that Guo Mei Mei’s claim of earning her millions from prostitution was just a cover up. Eventually, Guo Mei Mei’s mother Guo Deng Feng decided to “come clean” with the public. She strongly refuted the rumour that her daughter was the second wife of Wang Jun. At the same time, she made a startling “confession”. Guo Mei Mei was in fact the illegitimate daughter she had with Wang Jun!

If true, this would mean that Guo Mei Mei is not only the illegitimate daughter of Wang Jun but also the granddaughter of the legendary (infamous) former head of military, General Wang Zhen! General Wang Zhen 王震 (1908-1993) was head of the provincial government in Xinjiang from 1950-1952. Wang was so deeply trusted by Mao that he was the only military man allowed to carry his pistol when seeing Mao. While governing Xinjiang, Wang Zhen had once proposed to Mao that the minorities should be exterminated.

After, Guo Mei Mei was sentenced to 5 years in prison for opening a casino in 2014, all newspapers in China, without exception, covered the story. Some cynics saw it as an attempt to distract the public from questions about Wang Jun’s dealings with the Red Cross or that mysterious Red Cross-related company.

In July 2019, Guo Meimei was released from prison. This time, however, the mainstream media seemed to have sidelined her. The picture of her wearing a black dress and a black skirt and walking out of Hunan Women ’s Prison in a low-key manner appeared online. Netizens were cruel as usual, commented about how ugly and rounded her face looked.

What will the future of 30-something Guo Mei Mei be like? Will she fade into oblivion, become a low-profile billionaire or return to social media as a philanthropist? Meanwhile, Wang Jun has been completely forgotten.