211 AD. Cao Cao announced that he was invading 张鲁 at 汉中. He had to pass through the 关中 region to get there. 马超 figured that Cao Cao’s real intention was to invade 关中. He hastily formed an alliance with his father’s friend 韩遂 to attack Cao Cao’s forces.

The 关中 region has a natural barrier in the form of the 华山 range. The most direct route was through 潼关. Cao Cao ordered his generals to form up at 潼关, ready to cross the Yellow River. Ma Chao and Han Sui responded by building a strong defence on the southern bank of the river. Cao Cao had a problem. He needed a 3:1 majority to overwhelm the defenders and he had only about the same number of soldiers as the other side.

In this region, the Yellow River forms an L shape, flowing from north to south, then from west to east. 潼关 is situated on the East-West portion. Cao Cao then did something unexpected. He led a small force himself and crossed the Yellow River on the North-South section, ending up at 大荔。From there to 关中, there was still the 渭水 river to cross. Han Sui laughed at the seemingly foolish manoeuvre and wanted to block Cao Cao’s supply route. Ma Chao decided to finish him off while he was crossing 渭水. Cao Cao took a gamble and survived the attack.

With the two leaders distracted, Cao Cao’s main force attacked 潼关 and Ma Chao’s army was in disarray. Ma Chao and Han Sui offered an armistice, ceding land to Cao Cao letting him hold his son as hostage in his camp. Cao Cao knew it was a trick. He invited Han Sui alone to his camp. At the meeting, Cao Cao did not make any negotiations at all. Instead, it was all casual talk with the two men recounting stories from their younger days.

Han Sui returned to camp drunk. When Ma Chao asked him what was discussed, Han Sui told the truth but aroused Ma Chao’s suspicion. Later, Cao Cao wrote a letter to Han Sui and brushed over a few lines, rendering some parts illegible. Ma Chao asked Han Sui why he had censored the letter from Cao Cao. Han Sui said that it was Cao Cao who did it. Ma Chao was not convinced. That would be the last straw. The two men fought and Cao Cao came up from behind, decimating the Ma-Han alliance.

In June 2022, a severe heat wave began to hit China. It affected several regions in China and in August, several heat records were broken across the country. According to the China Meteorological Administration (CMA), it is the country’s worst heat wave on record.

According to weather historian Maximiliano Herrera, it is the most severe heat wave recorded anywhere: “This combines the most extreme intensity with the most extreme length with an incredibly huge area all at the same time. There is nothing in world climatic history which is even minimally comparable to what is happening in China.”

According to the CMA, the nationwide average temperature in June was 21.3 °C. It was 0.9 degrees higher than in the same period last year, making June the warmest since 1961. In northern Henan province, the hottest days on 24 June were Xuchang with 42.1 degrees and Dengfeng with 41.6 degrees recorded since records began.

Maximum temperatures were recorded across the country in August. At the same time, less water fell in the Yangtze area than at any time since 1961.

As a result of the drought and the increasing power consumption due to the heat, there was a resulting energy crisis of which several factories had to be shut down. The heat wave also caused far-reaching effects on the country’s economy.

Because of the drought and persistent heat, there were more forest fires in China, particularly in the Chongqing region. Also because of the lack of rain and the persistent heat, the level of the Yangtze dropped sharply, and the Three Gorges Dam was opened as a result to direct water into that river. It has been reported that silver iodide was used to form clouds in Anhui and other provinces.

This family of 10 was holidaying in Inner Mongolia. They drove their SUVs off the road onto the pastures, right in front of the Mongolian nomad’s home. He recorded their illegal activity on his mobile but was accosted and insulted by these rowdy tourists. They made all kinds of derogatory remarks directed at his ethnicity and way of life. To these crass but wealthy folks, grass is of no value and only lower life forms like this Mongolian nomad would value it.

Fortunately for the nomad, his video was not blocked by the authorities. Netizens condemned the group’s actions. They in turn got harassed on social media until they made a public apology. However, this does not address the root of the problem.

A mother in China mocked her son’s teacher in a chat group for being “too poor” to afford a car because he rides a bike. She feared that such humble practices of the teacher may make her son think “studying is useless”.

“Teacher Wang, do not ride a bike any more. You’d better buy a car,” wrote the mother of the boy, nicknamed Rongrong, in the chat group, which has 58 members including parents and teachers. 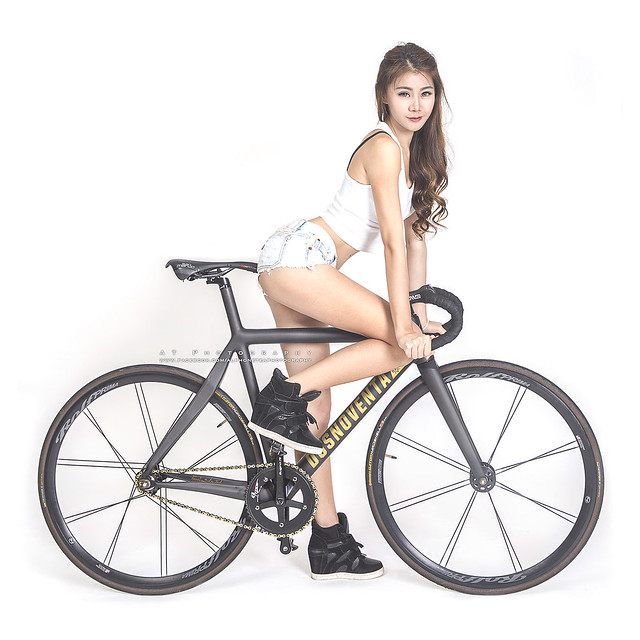 Frugal teachers set a “bad” example for their ambitious students. Out of touch with reality? Of course not. This is the level of greed, pragmatism and materialism that has gotten China so rich so fast. Are they slowing down for the sake of decency and humanity?

This woman from Finland (married to a Chinese man) lamented in the video below that her daughter has been brought up like a little emperor in China and ended up being spoiled, arrogant and inconsiderate like her peers. It might seem like a safe and harmless family topic and many average Chinese people must have encountered obnoxious people like her daughter, but of course, she miscalculated – especially the part about taking the girl out of China to learn some manners in Finland. I had nothing but cheers for this woman.

Her followers were up in arms. Chinese netizens didn’t leave her alone. What did she do? Tell them it’s none of their business what she teaches her daughter? No, she virtually went on her knees to beg for forgiveness. This woman would later be attacked by China’s cyber warriors who told her to get out of China. You can’t even comment on obvious social ills in China! Not even when you love living in China but are alarmed by the sense of entitlement the kids there are growing up with .

And she had the audacity to claim Finland’s apparent superiority over 5,000 years of greatness. Cancel her. Ruin her business.

With her money held at ransom, she apologised – which does prove something about the statements on narcissistic spoilt brats she regretted making. Check out the next video.

Can Taiwan coexist peacefully with the CCP? Unlikely according to Prof Cheng Xiaonong. Mao may be dead, but his ambition of world conquest lives on.

Respect. I’m not sure if the refugees were actually speaking Russian, but I can understand a few words.

Videos like this will only reaffirm what we already know about this war. Too many mainlanders and even their supporters outside China who have access to this video will still believe that the Ukrainians brought this on themselves. They believe that they are suffering because they are against “reunification”.

The fact is, no matter how hard you hit them, fans of the Party will remain its diehard fans. We’re talking about faith and a religion here. Facts will not change their belief in their “god”. Is Wang Ju (Wang Zhi An) wasting his time if his objective is to open the eyes of the brainwashed folks? I certainly think so.

A friend of mine has been highlighting the case of a NUS visiting professor with forged credentials as a “winner”. Well, there are even bigger winners like the scholars who had absconded. On a Chinese forum, one of them even rubbed it in by saying “who says there’s no such thing as a free lunch? Singapore has it.”

Ah, the things we are prepared to overlook for the sake of the biggest market in the world.

But as the saying goes, there’s always a higher mountain. For me, Zhai Shan Ying 翟山鹰 takes the cake as the biggest “winner”. While in China, he presented himself to the Chinese public as a financial guru with a string of fake qualifications and appointments. Nobody bothered to question him or investigate his background because he said everything that was in line with China’s current nationalist movement.

Zhai had lambasted US monetary policies and predicted that the country’s economy would collapse in no time. He convinced his millions of fans that China would lead the world and attracted huge investments in his various funds. What did he do next? He converted his RMB to USD and fled to the “doomed country” that he hated so much. His oratory skills are as good as his acting skills. He’s a dangerous man, no doubt, but it’s also good that we have people like him around to tell the cautionary tales.

And Zhai Shan Ying 翟山鹰 didn’t hide in shame. He turned up on YouTube to gloat about this success and mock the fools who had invested in “Chinese assets” with him. Not only that, he made a 180 degree turn against the Party. The observers are right. It’s difficult to feel any sympathy for the victims who were still bragging, boasting and insulting the West just moments before Zhai Shan Ying absconded with their money.

But the unfathomable and unbelievable thing about 翟山鹰 is that people never learn. Crooks like him will crop up again and again, play that “patriotic” card over and over again and guess what? It will still work.