Former Japanese PM Shinzo Abe has been assassinated and some people are celebrating. Like I’ve said before, it doesn’t really matter whether we have a Great Translation movement. Even if their devious thoughts are exposed, some people feel no shame about it. 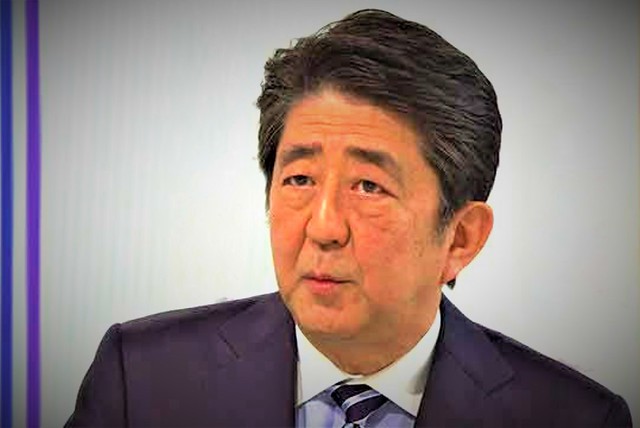 The animosity towards Japan has always been there, but there was a time when China also engaged in a little self-reflection. I’m reminded of a movie I saw when I was in secondary school. It’s called 甲午风云 and tells the story of China’s Beiyang Fleet against the Japanese navy during the First Sino-Japanese War 1894. I was only a child back then, but I noticed the somewhat incongruent image of men in “olden” (Qing Dynasty) costume and relatively modern coal-fired, steam-driven warships.

Of course, there was no mistake. The movie got the main historical facts correct. There was in fact a Chinese navy officer by the name of Deng Shichang 邓世昌 and he was indeed the commanding officer of a battleship called Zhiyuan 志远号. China was not poor then and Deng Shichang came from a rich family which gave him a Western education. He had been sent to the UK several times to bring ships back. Not mentioned in the movie, was the fact that almost all junior naval commanders at that time were trained overseas.

The Zhiyuan was built in the UK and it was a state of the art battleship during that time. The admiral of the Beiyang Fleet 北洋舰队, also featured in the movie, was Ding Ruchang 丁汝昌. I have embedded the video below. It’s in full length.

But the Chinese navy’s flagship, pride of the Beiyang Fleet, was the Dingyuan 定远号 and its sister ship of the same class, Zhenyuan 镇远号。Old vessels built in Germany, the two battleships were still absolutely the biggest and most advanced warships in East Asian waters. I had always thought that China was the absolute underdog here. Far from it. The Beiyang Fleet was so modern and advanced compared to its neighbours’ that military experts of that time predicted that Japan would be soundly beaten by China if they dared invade. English military advisors were indeed present as shown in the movie, but they more or less said what the Chinese wanted to hear. After all, Viceroy Li Hongzhang had just claimed credit for the defeat of Taiping Army with his modernised Huai Army. It would not be the last time these folks believed that they could win a war against a foreign power after winning a civil war.

The Japanese navy went for smaller, faster warships built by the British and French. They also committed a comparable number of corvettes and torpedo boats as well as converted merchant vessels, just like the Chinese side. Instead of going for bigger ships, they upgraded their guns and ammunition. As the battle ensued, the smaller ships outmaneuvered the larger Chinese vessels. Under repeated bombardment, even the armoured Chinese ships succumbed.

In the final scene, Zhiyuan was outnumbered and battling a ship called the Yoshino. They then fired relentlessly at a ship called Saikyō Maru 西京丸 (with everyone cheering 打得好）which was in fact a reconditioned cargo ship carrying a Japanese admiral. Not only did the Saikyo Maru not sink, it later managed to capture armoured battleship Zhenyuan.

Deng then ordered the crew of Zhiyuan to ram and sink a vessel called Naniwa after realising that their outdated guns were virtually useless against it. Probably nothing to do with faulty ammo. Naniwa retaliated by accurately firing a shell at Zhiyuan’s bow, sinking it. There is no mention of a ship called Yoshino in the historical records.

The fact that the Japanese were presented in the ugliest way possible is not surprising. What I find most interesting about the movie is the very candid way in which they revealed the corruption, cowardice and lack of discipline within their own ranks. It’s noteworthy that this was 1962, a time of reflection after the Great Famine killed tens of millions and Mao Zedong became sidelined by Liu Shaoqi and Deng Xiaoping.

This movie may be censored in today’s highly charged “positive energy” environment. Indeed, corruption, infighting and arrogance were the main factors contributing to China’s defeat. Both the Japanese army and navy, modestly but adequately equipped, were very much better organised and disciplined.

Candid as it seemed, the movie made no mention that the invasion was not unprovoked. In 1886, 4 ships from the Beiyang Fleet docked at Nagasaki (when the two countries were still on friendly terms) but Chinese sailors started a riot on the streets of the Japanese port. China made no apology. Japan saw this as an insult, anti-Chinese sentiments grew in Japan after that. This incident had certainly contributed to their decision to invade China in 1894 apart from their intention of securing Korea (which was leaning towards China) as a buffer zone.

The final battle for Zhiyuan took place on the Yalu River separating China from Korea. According to the movie, Deng Shichang’s ship was hit by a torpedo and sank. In fact, he could have been rescued but stubbornly chose to go down with his ship when ships were easier to replace than commanding officers.

As usual, the blame fell on Empress Cixi and Viceroy Li Hongzhang. While she was indeed behind a lot of bad decisions made by the imperial court back then (like during the Boxer Rebellion a few years after this), it was Emperor Guangxu himself who decided not fund the navy because he and his advisors saw tiny Japan as a pushover incapable of invading China. Plenty of “positive energy”.

When the Japanese army invaded Deng Shichang’s hometown during the Second Sino-Japanese War (1937-1945), the invaders paid respects to their former enemy at his shrine, the massacre at capital Nanjing notwithstanding. 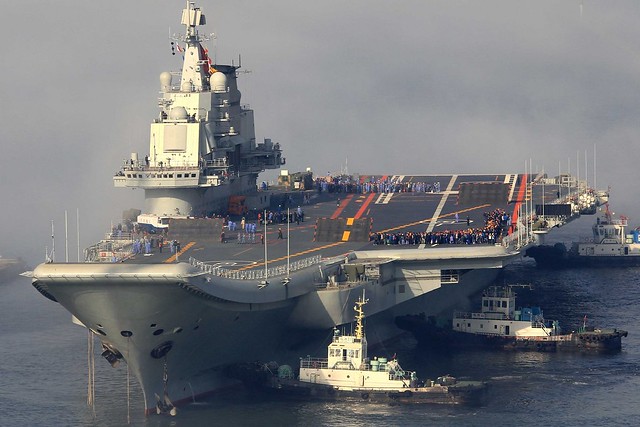