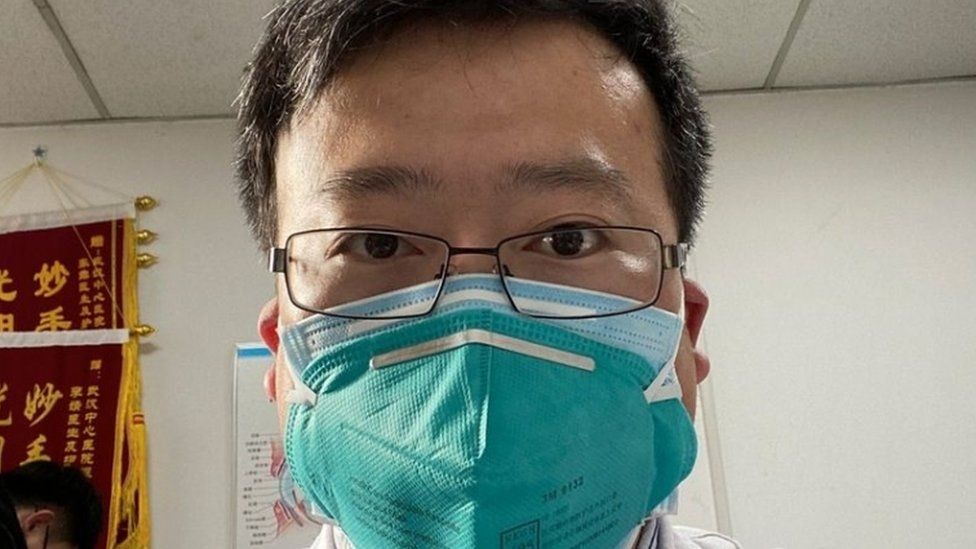 New Year’s Day 2020. 8 people were arrested for “spreading rumours” about a deadly pneumonia plaguing the city of Wuhan in China. The authorities denied the existence of the disease and warned the public not to disseminate “fake news”.

Among the 8 arrested was Covid-19 martyr Dr Li Wenliang.

Let’s also not forget that on 18 January 2020, Xinhua News Agency proudly reports on Wuhan’s Ten Thousand Families Banquet 万家宴, further reiterating that Covid-19 can be prevented, controlled, treated and not transmissible between humans.

While it cannot be verified whether the woman in pink below had indeed died of Covid, videos and messages from “loyalists” declaring their trust in the government by not wearing masks flooded social media even towards the last week of January 2020.

It was only after the hospitals in Wuhan became overwhelmed with cases that the authorities decided that they could not cover up anymore. They suddenly imposed a lockdown on the city on 23 January 2020. Only then did the authorities revealed to the public how serious Covid-19 is. A U-turn was made and everyone began to scramble for masks and PPE.

Let’s also not forget that back in early 2003, many of the common folks in Guangdong Province were already well aware that there was a serious epidemic going on but official reports were practically non-existent. Sam observed that people in Guangdong were desperately boiling vinegar to disinfect the air and stocking up on 板蓝根 ban lan gen, a herb for treating flu. By then (January 2003) the disease had already spread to Beijing with a number of deaths going unreported.

Even though it is written in China’s Constitution (Article 35) that there is freedom of the press, the media people understand that only the instructions from the party count and the party determines what can be reported and what can’t be reported. News on epidemics are considered issues of national security. Hence, no media in the mainland dared to report on SARS as the CCP had not allowed it. Fortunately for the world, a hero emerged.

72-year-old Dr Jiang Yanyong 蒋彦永 was the chief physician of the 301 Hospital in Beijing and a senior member of the Communist Party of China (CCP). On April 4, 2003, Dr Jiang was so troubled by his conscience that he emailed an 800-word letter to Chinese Central Television -4 (CCTV4) and Phoenix TV (based in Hong Kong but controlled by the party) reporting the grave situation of SARS. It sounds unbelievable now, but neither station responded to his letter. However, the information was leaked (probably by some conscience driven individual in Phoenix TV) to Western news organisations.

On April 8, 2003, Dr Jiang was contacted by the Wall Street Journal to whom he gave an unauthorised telephone interview. Later the same day, Susan Jakes, a Time journalist in Beijing also interviewed Dr Jiang. Time published the shocking news immediately with the title of “Beijing’s SARS Attack”. Dr Jiang’s letter which was ignored by the Chinese press, was translated into English. For the first time, the public was made aware of the actual situation in China. By then, SARS had already reached pandemic proportions in China. The party was forced to acknowledge the crisis and manage it accordingly. All the credit was later given to Dr Zhong Nanshan.

On June 2, 2004, two days before the 15th anniversary of the Tiananmen massacre, Dr Jiang’s family in California reported that he and his wife were missing from their house in Beijing. He had been arrested and placed under military custody. Partially freed in 2005 with pressure from America, he is still under some form of house arrest.

Optimistically, Omicron could be the last variant of concern and the pandemic could be ending soon. Whatever the case, the rest of the world should have learned to read the actions and reactions from China a bit better. 瞒天过海 is the first dirty trick in the 36 Dirty Tricks From Ancient China.