600 million people in China earn less than 1,000 yuan a month. This is not unsubstantiated information posted by dissidents. It came from Chinese premier Li Keqiang. It raised many eyebrows, not just within China but also foreigners who admire China. Caixin Media came to Premier Li’s rescue and published data to support his statement. According to income distribution studies conducted by Beijing Normal University. 39.1% of a representative sample of the population was found to have a monthly income of below 1,000 yuan. In other words, 547 million people fit this bracket.

There is more data to be found in the university’s studies. 52.5 million people earn between 1,000 to 1,090 yuan a month. If we include this figure, then the total population earning less than 1,090 yuan is roughly 600 million. Li Keqiang’s figures may be slightly off, but he can be forgiven as he did not have the exact numbers offhand. 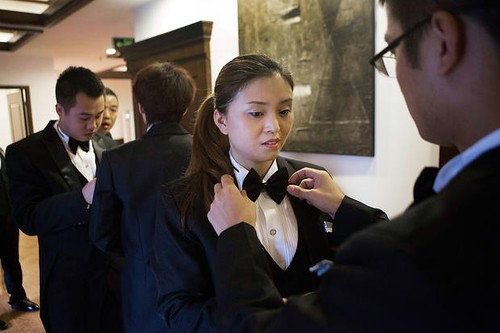 Now let’s dig a little deeper down and record the numbers before the university gets forced to remove the information. China has been getting a lot of praises for uplifting people from poverty. How many poor people are there in China now? Well, 100 million people (mostly farmers) earn less than 300 yuan a month. Raising the bar a little more, 225 million people in China earn less than 500 yuan a month.

We now move to the “middle class”. According to the university’s data, 964 million people have monthly incomes below 2,000 yuan (2-3 nights’ stay in 5-star hotel). That represents 68.9% of the population. According to National Bureau of Statistics of China, individuals earning 2,000-5,000 yuan a month are considered “middle class”. By definition, individuals earning above 5,000 yuan a month are considered “wealthy”. So how many people in China are considered wealthy? 72.5 million or 5.17%. That is larger than the population of Thailand, but relative to 1.4 billion, it’s just a drop in the ocean.

Of course, these are official figures. Cynics who predict the downfall of China may have gotten their numbers right, but they have not considered China’s undocumented underground economy. This does not mean that China is really rich. It means that those who are earning undeclared incomes are far richer than what the official numbers suggest.

Interestingly, Li Keqiang’s statement caused quite a stir in neighbouring Myanmar. That’s because while many Burmese have the impression that China is not only a territorial giant but also an economic giant, Premier Li’s figures are actually quite close to those in Myanmar, relative to the smaller country’s population. 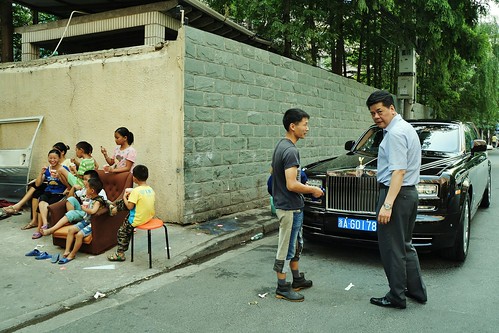 Interestingly, there is no shortage of boasting and bragging on social media about how wealthy people in China are even though the keyboard warriors who think that China can buy up the entire world are probably not billionaires. The discrepancy between the statistics and the “display” on the streets and the frenzy at Louis Vuitton shops all over the world raises many questions. So what is Li Keqiang’s intention in making that thought-provoking, eyebrow-raising statement? Was he trying to tone down all the “positive energies” and make people see reality? While there are some graduates in first tier cities who legitimately earn over 12,000 yuan a month, they only represent a tiny proportion of the population that has bragging rights. Besides, even the most talented may not have such opportunities without the right connections.

When travelling from Vietnam to Guangxi by road, I saw the stark contrast between the Vietnamese immigration (a post office like building) and the Chinese immigration (a grand, palatial structure). But if you were to look at the villages on both sides, the Chinese villagers were not better off than their Vietnamese counterparts across the border. It’s just that China invests a lot more on 国门 and 橱窗. This display window is often the first and last thing that most China admirers see.

The China that I describe on my travels is definitely very different from that described by most of my peers who stay in 5-star hotels and take the tour bus to tourist spots. Quite absurdly, these folks have the audacity to tell me that I’m looking at the “wrong” side of China. They obviously have trouble telling the difference between the skin and the flesh. 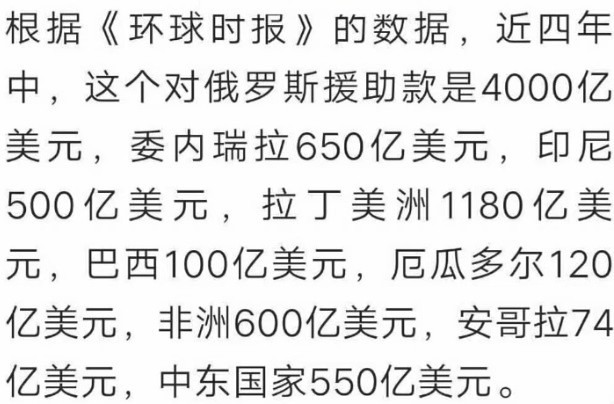 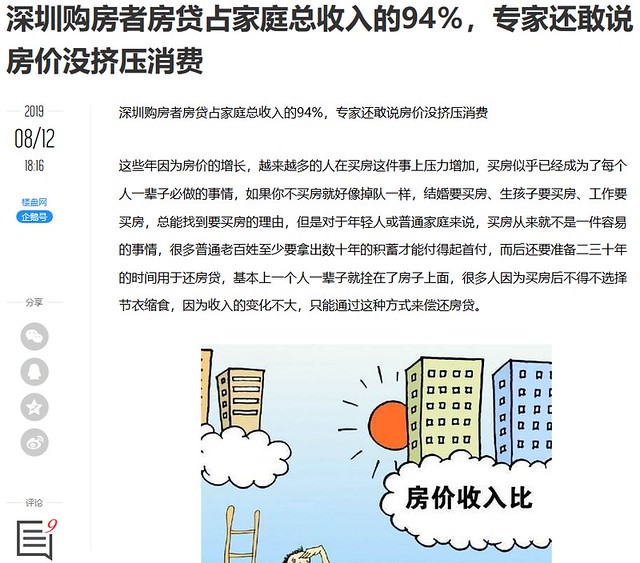 For optimal financial health, a person’s mortgage payment should not take up more than 30% of his income. The numbers on China’s resale market are quite telling. Most significant are in Wuhan and Harbin where the number of units up for resale have gone up more than 100%. This shows that people are downgrading and even then, demand for resale houses at inflated prices is low. As the minimum values of properties are set by the government and not determined by the market, many sellers will be stuck.

Another telling sign is the return of street vendors who were banned in first tier cities in 2001 to give China an image of prosperity. Recently, the authorities have been encouraging people to set up stalls on the streets with prominent examples of those who make 30,000 yuan a month as street vendors. This is a clear sign that unemployment in China has reached an alarming level. But just as just as all the hype about street vendors was dominating the media, a document from the government went out to all media in China, prohibiting the use of 地摊经济 in any of their reports. 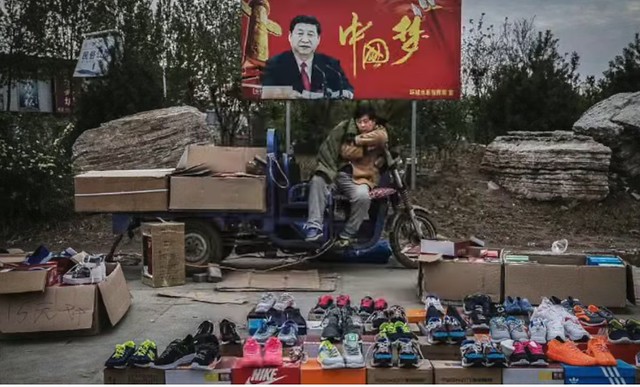 In the eyes of many China admirers, China is extremely wealthy and successful. But how rich is China really? As the country crawls out of the Covid-19 crisis, can its underground economy rescue it?

The videos shared below shows how a Wuhan resident Luo Bin tries his hand at street vending. He soon discovered that it’s not as easy as the government had claimed.

He’s got more luck with sour plum drink. A kind lady even bought up his last two cups. However, at 2 yuan a cup, his “earnings” are quite minimal. Luo Bin learned that most potential customers are female and children and goods should be low-priced.

In the final installment, he collaborates with a fellow street vendor, selling accessories. The problem is that female customers may avoid a male vendor. Luo Bin had to put some of the items on him and look like a sissy to draw customers. He only made one sale.