This may seem like a joke, but it illustrates an interesting phenomenon and devious political manoeuvre. 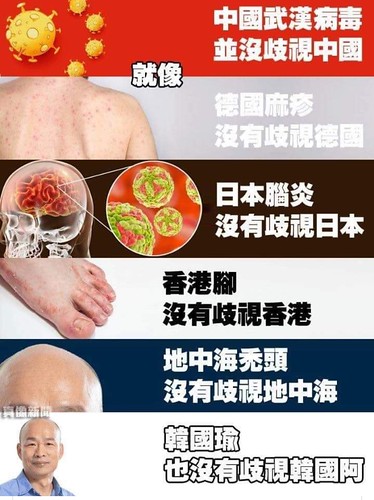 Why does China or should I say the Chinese authorities, find a term like “Wuhan Virus” so sensitive? Why are they so eager to change its name to Covid-19 and even shockingly shift the blame on the US? The intention is quite clear. They want to rewrite history for a bunch of brainwashed youngsters and some ignorant seniors.

A case in point, veteran HK TV personality Sam Ng revealed in his personal YouTube channel that many mainland youngsters who were still in their diapers during the SARS epidemic now think that SARS originated from Hong Kong Special Administrative Region (SAR). The effort to create this misconception is quite a concerted one. A book I read (published in China) mentioned the outbreak of SARS in Singapore and people from China considering going back to China to escape from it!

By destroying all clues linking this coronavirus pandemic to Wuhan or even to China and presenting this new narrative to the younger generation, the obvious plan for the youngsters is to indoctrinate them with a misconception. Even for those who followed the saga right from the beginning, a lie told often enough can also make them forget the facts and adopt the new narrative.

Minamata disease (named after Minamata is a city located in Kumamoto Prefecture, Japan), is a neurological syndrome caused by severe mercury poisoning. Symptoms include ataxia, numbness in the hands and feet, general muscle weakness, narrowing of the field of vision and damage to hearing and speech.

The initial reaction of the Japanese authorities in 1950s and 1960s was not different from that of the CCP. The company (Chisso Corporation) involved in polluting the water of Minamata Bay with mercury sent gangsters to beat up the American journalist who reported on the matter. It was not until the 1970s that cover up finally ended with the disease gaining official government recognition.

By 2004, Chisso Corporation had paid $86 million in compensation, and in the same year was ordered to clean up its contamination. It’s still called Minamata disease today.